Scientists discovered that many everyday foods contain a chemical that causes tumor formation.
It is the chemical called acryl amide, and it can be found in potato chips, coffee, crackers, fried potatoes and in some food for babies. This compound is created during thermal heating when frying the foods listed above. The children are the ones most exposed because of their low body weight. The danger from acryl amide is now confirmed by the EFSA (European Food Safety Authority) and they have already offered new laws for food industry. 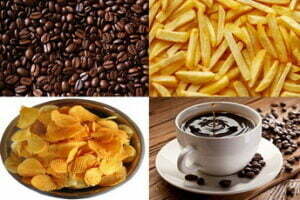 In the UK, food producers are already under pressure to change the way of the food processing to reduce the amounts of acryl amide.

Why is this so dangerous? – because, when you eat it the “Acryl amide” is absorbed in the gastrointestinal tract and is distributed to all the vital organs, where it gets metabolized. We can see that on laboratory animals the glicidamin causes genetic mutations and tumors,

We may believe in a desire for aesthetics, but in truth the holes on the … END_OF_DOCUMENT_TOKEN_TO_BE_REPLACED

Summary What are the secrets to realize … END_OF_DOCUMENT_TOKEN_TO_BE_REPLACED

"My mobile phone is much more than a high-tech object." For most of us, it … END_OF_DOCUMENT_TOKEN_TO_BE_REPLACED

Telemedicine is certainly not new in our society. Popularized and made … END_OF_DOCUMENT_TOKEN_TO_BE_REPLACED

Every driver should consider certain factors before starting a cold … END_OF_DOCUMENT_TOKEN_TO_BE_REPLACED