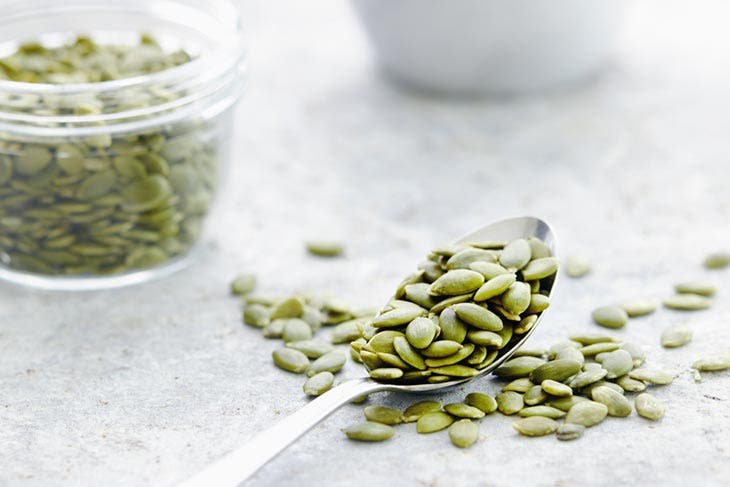 It is a friend of athletes and vegetarians, thanks to its protein content that borders on 23 g per 100 g – as much protein as in 100 g of meat! Remember, however, that we do not eat 100 g a day … With it, we also fill up with iron, copper, zinc, manganese, with antioxidant properties, very valuable for the health of our cells. “Note also a good concentration of phytosterols, plant compounds that compete with cholesterol, and limit its absorption into the blood,” notes Marjorie Crémadès, dietician nutritionist. Another strong point, it is cheap!

A favorite of nutritionists, it concentrates a lot of unsaturated fatty acids, including omega 9, in addition to its record levels of protein (22.6 g per 100 g), magnesium (270 mg/100 g) and calcium (260 mg/100 g). The almond is also strongly recommended in children and women close to menopause. Tip: prefer them crushed with their skin, for an additional supply of antioxidants. 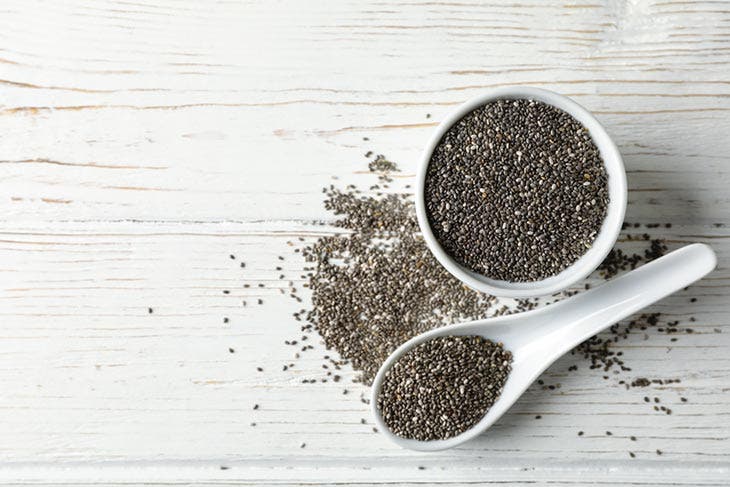 Thanks to its good fiber content, it optimizes digestion and boosts lazy transits. It could also be called a “slimming” seed, because it has the particularity of being able to absorb up to twelve times its weight in liquid, and to swell in the stomach. Vegetarians also appreciate chia seed for its protein and calcium levels. As a bonus, it contains tryptophan, the amino acid that launches the creation of serotonin, a hormone that regulates mood and sleep. Just be careful to crush them well before consumption to increase their bioavailability (i.e. their ability to be absorbed and used for the needs of the body).

Walnuts, protective of the heart and brain

With its 67% lipid, it can make people who watch their line shudder. Know that this fat content is essentially composed of good fats, including omega 3, rare in the diet and essential for good heart and brain health. However, we will not exceed the handful per day (30 g, as for all seeds, by the way) on our salads, because of their high caloric value. Especially since it remains enough to fill up with minerals (magnesium, calcium, iron, potassium) or vitamin E, antioxidant.

Difficult to make more generous than pine nuts, which are especially appreciated lightly roasted in salads. “These are oilseeds that contain almost only unsaturated fatty acids, in addition to good concentrations of iron, potassium, magnesium and phosphorus,” adds our expert. Only flats, they are expensive, and unlike other small seeds, tend to go rancid if you do not consume them fast enough – which rarely happens, it’s true!

Soybeans, as strong as meat

With it, we can simply do without meat products, given its protein content, and of the same quality as those contained in meat (including the eight amino acids that the body does not manufacture). “In terms of fatty acids, it’s not bad either, because soy contains unsaturated omega 3 fatty acids,” observes Marjorie Crémadès. Be careful, however, its preparation can be tedious (soaking, cooking, then roasting). It is better to opt for soybeans ready to taste and especially always of French origin (because GMO-free).

The hemp seed, healthy and trendy

The France is the leading producer of hemp in Europe, which is rather fortunate in view of the qualities of this plant. Count 30% protein, a record level of magnesium and a good dose of unsaturated fatty acids, including mostly omega 3. A little advice: buy them ready-made already shelled, add them to your salads and enjoy!

Well from home too, this seed has a huge strength: its richness in omega 3, polyunsaturated fatty acids that we do not manufacture. Thus, a tablespoon of flax seeds provides us with about 1.8 g of omega 3, or 110% of the recommended intake for a day. Another advantage, a lot of fibThese have the particularity of forming a gel in the intestine for a gentle stimulation of transit. Like chia seeds, it will just be necessary to crush them well before consumption.

After roasting, undeniably, it stands out thanks to its little nutty taste. On the nutrition side, sesame seed is rich in magnesium (anti-fatigue and necessary for muscular work), but also in iron and vitamin B6 to boost the immune system. Be careful, however, this seed is one of the ten main food allergens.

Less trendy than chia seed, it does not have to be ashamed of its nutritional profile, if only in relation to its magnesium and vitamin B1 content, a micronutrient that contributes to the proper functioning of the body in general! Count 364 mg of this mineral per 100 g of seeds! Enough to get back in shape quickly. Like pumpkin seed, sunflower seed is also highly concentrated in phytosterols. Finally, its size makes it generous, promotes chewing, for a long-lasting satiation.

Telemedicine is certainly not new in our society. Popularized and made … END_OF_DOCUMENT_TOKEN_TO_BE_REPLACED

Every driver should consider certain factors before starting a cold … END_OF_DOCUMENT_TOKEN_TO_BE_REPLACED

The famous list of New Year's resolutions, the one we all make when the new … END_OF_DOCUMENT_TOKEN_TO_BE_REPLACED

Summary How to secure your home against … END_OF_DOCUMENT_TOKEN_TO_BE_REPLACED

If you've bought yourself a new Wi-Fi router, you're probably looking for … END_OF_DOCUMENT_TOKEN_TO_BE_REPLACED